Ayla Oasis Development Company has finalized the logistic, technical, and administrative preparations to host the Asian Triathlon Cup for the Triathlon and Duathlon of 2022 organized by the Jordan Triathlon Association, under the patronage of HRH Prince Faisal bin Hussein,… 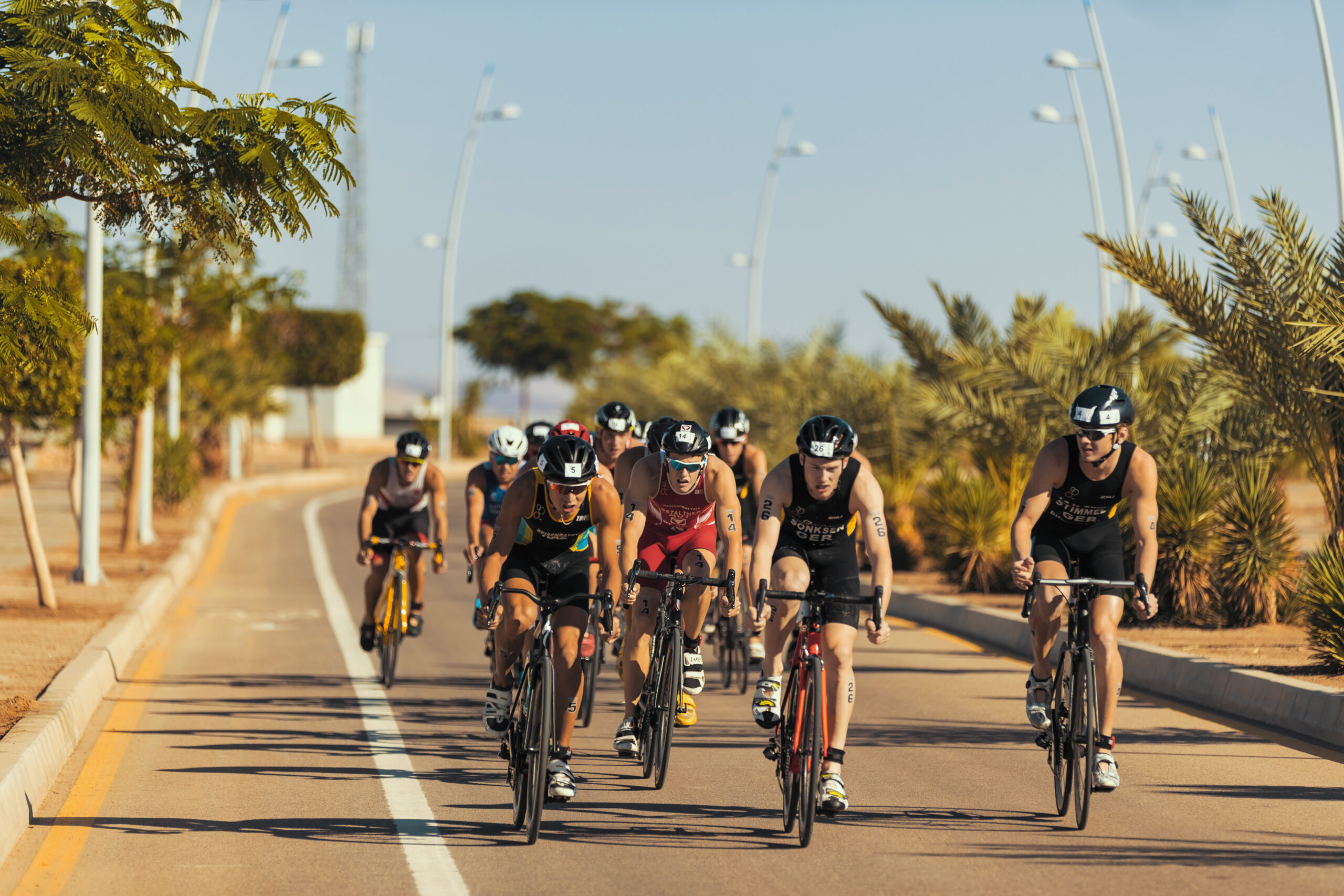 Ayla Oasis Development Company has finalized the logistic, technical, and administrative preparations to host the Asian Triathlon Cup for the Triathlon and Duathlon of 2022 organized by the Jordan Triathlon Association, under the patronage of HRH Prince Faisal bin Hussein, the President of the Jordanian Olympic Committee. The event, which will witness the participation of local, Arab, and foreign athletes, will take place in Aqaba on the first Saturday of October.

The tournament, which is being held for the fifth time in Ayla Oasis, will be attended by the world’s most prominent triathlon stars and professionals, who have an international classification from the World Triathlon Federation, in addition to participation of Arab and local stars of the national triathlon team.

The total number of participants in the tournament is 230 players (150 males and 80 females), from the participating countries, including 100 players of different nationalities from Jordan, and 130 players from abroad.

Ayla Oasis Development Company has previously organized and hosted major Triathlon and Duathlon tournaments that witnessed massive success, the last one being before the COVID-19 pandemic in 2019. Ayla was successful in positioning Aqaba among the most prominent global destinations to hold major sporting events, alongside London, Budapest, Beijing, Chicago, Lausanne, and the Gold Coast.

The Asian Triathlon and Duathlon Cup will take place inside Ayla’s safe environment with swimming being held at its lagoons and the cycling and running within Ayla’s streets that will be blocked during the event to ensure the maximum safe environment for the participants. It is worth mentioning that Ayla concluded the preparation of its sports, touristic and entertainment outlets that position Ayla as a global destination to host sporting events, where in this case 230 athletes from 34 countries will embark on a triple challenge of swimming, running, and cycling.

Internationally recognized by the World Triathlon, the racetrack will start from the Ayla Oasis beach, one of the most beautiful and lively beaches on the Red Sea that is distinguished by the quality of water suitable for swimming, at a distance of 1500 meters. The contestants will then cycle for 40 km through the streets of Ayla surrounded by ornamental trees, where the cyclists will pass bridges over artificial lakes and a golf course with green spaces and other facilities of the inspiring project, which was carved with passion on the coast of the marine city. Finally, the contestants will conclude the race by running for 10 km.

Ayla Oasis Team put in great efforts into preparing to host the tournament, thus guaranteeing that safe administrative and logistic requirements are met. Ayla looks forward to a successful tournament that will receive a lot of attention from Ayla residents, visitors from Aqaba and other Jordanian cities, in addition to tourists from all around the world, and participating countries.

“We are pleased to host the Asian Triathlon Cup in the heart of Ayla for the fourth consecutive year,” said Eng. Sahl Dudin, Ayla’s Managing Director . “This reflects our vision and the extension of our ambitious plans to continue attracting major international sporting events in support of the prestigious position of Aqaba, and to increase its competitiveness in tourism. Ayla and various entities in Aqaba are proud of the international sports federations to host major world championships, especially in Ayla, which has previously hosted more than ten world championships in golf, triathlon, marathons, wakeboarding, and many other sports.”

The president of the Jordanian Triathlon Association, Dr. Tariq Al-Khayat, praised the ongoing support and cooperation of the Ayla Oasis Development Company for helping to promote Jordan and the city of Aqaba as a top-notch sports and tourism destination, saying that the hosting of this prestigious competition by Ayla has strengthened sports presence in Jordan and the Middle East.

Al-Khayat noted that that the organizational and logistical capabilities of Ayla helped increase the number of participants at Arab, regional, and international levels. This was in addition to prominent international players interested in participating in these tournaments.  Hosting these tournaments constitute a unique opportunity for Jordanian players to gain experiences from other professional players.

Al-Khayat emphasized that the Jordanian national team’s participation in the competition is a source of pride and represents great efforts made over a long period of time to establish a triathlon community in the Kingdom.