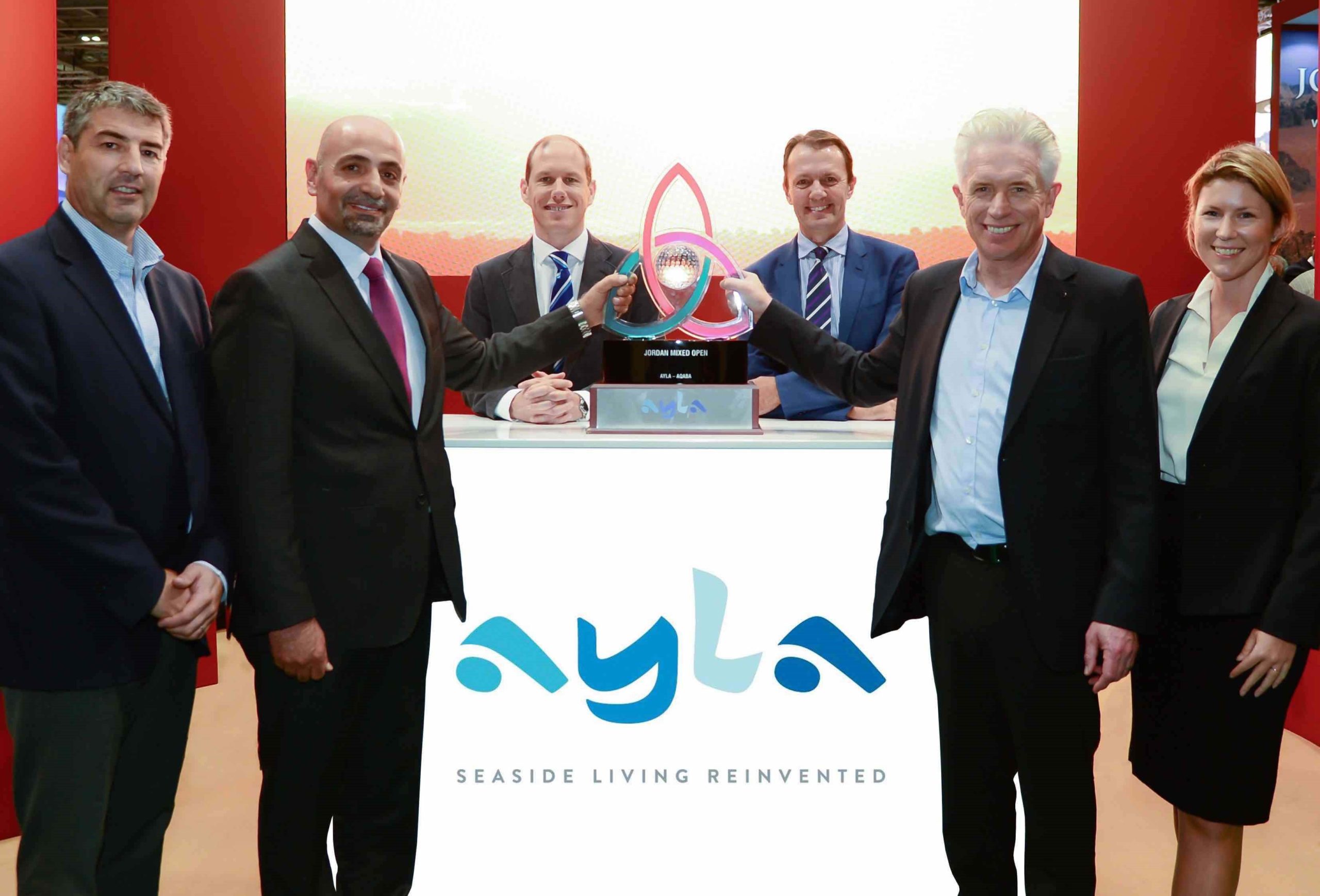 European legends, female stars and the next generation of golfers will all gather at Ayla Golf Club, a premier golf destination in Jordan, in 2019 for a ground breaking new tournament: the Jordan Mixed Masters, presented by Ayla.

In a first-of-its-kind event, the European Challenge Tour, Ladies European Tour and Staysure Tour will co-sanction the new individual strokeplay event, to take place from April 4-6, 2019. The field will consist of 123 players – 40 from each Tour and one leading amateur from the men’s, ladies’ and over-50s’ games – who will compete against each other in a single, mixed field.

Members from the three Tours will tee off from different yardages, but will compete in a single competition. The three-day event will see the field cut to 60 for the final day’s play, competing for the grand prize. The leading players from the other two tours will also receive a special accolade.

The concept, which recognises the importance of equality and equal opportunity, was the vision of Ayla’s ownership, who have created a premier golf and leisure development close to the Red Sea City of Aqaba and on the shores of Jordan’s southern coastline.

Keith Pelley, Chief Executive of the European Tour, said: “The Jordan Mixed Masters, presented by Ayla is a fantastic development for the Staysure Tour, the Challenge Tour and the Ladies European Tour. This unique event goes a step further, bringing together the stars of three Tours for a truly innovative tournament. There seems to be an appetite in golf for mixed events right now, and this is another opportunity to deliver another entertaining yet credible format. The European Tour is leading the transformation of global golf and I commend Ayla’s vision and their determination to spearhead the concept of hosting the three Tours.”

Chris White, Director of Operations at Ayla, said: “We are delighted to play such a pivotal role in the development of this new event prospect, and look forward to welcoming players from the Staysure Tour, the Challenge Tour and Ladies European Tour to Ayla Golf Club in 2019. Golf is one of the only sports whereby competitors, regardless of age or gender, can compete fairly together. To see our vision come to life and have the support and collaboration of all three Tours gives us great confidence that our event will be recognised as unique in the world of golf and showcase not only the beauty of Ayla, but the great nation of Jordan.”

Alain de Soultrait, Director, European Challenge Tour, said: “The introduction of a tournament involving the Challenge Tour, Staysure Tour and the Ladies European Tour is a landmark moment for all three tours, and playing all together will be great. The Challenge Tour is also known for growing the game of golf across the globe, and by visiting Jordan for the first time we will continue this tradition.”

David MacLaren, Head of the Staysure Tour, said: “Following on from the spectacular success of Dame Laura Davies’ trailblazing appearance at the Shipco Masters earlier this month, we are absolutely thrilled to be part of a unique tournament that will bring together players from different parts of the golfing spectrum, but who share in common great achievements within their individual Tours. On behalf of the Staysure Tour, this tournament provides a fantastic platform for our members, including former Ryder Cup Captains and players, Senior Major Champions and European Tour winners, to demonstrate their enduring quality, talents and unique personalities.”

Mark Lichtenhein, Chairman, Ladies European Tour, said: “The popularity of recent collaborative events such as the Oates Vic Open, Lalla Meryem Cup and GolfSixes have demonstrated that there is a huge public appetite to see men and women playing alongside each other in different formats. This unique tournament will be the first of its kind, where men and women will compete individually, for the same trophy. The event will give our players a tremendous opportunity to showcase their talents in a level playing field for both genders.”

The Jordan Mixed Masters, presented by Ayla, is the next step to show that golf is a game for all.

The announcement of the event builds on the success of the European Tour’s innovative GolfSixes tournament, a 16-team, six-hole event, which included some of Europe’s top female stars and a mixed pairing of Ryder Cup Captain Thomas Bjørn and his Solheim Cup counterpart Catriona Matthew.

Male and female players will also tee it up in August in the new European Golf Team Championships, part of the Glasgow 2018 European Championships, which will include a mixed foursome strokeplay event.

Earlier this month, Dame Laura Davies made history as the first female competitor at a Staysure Tour event at the inaugural Shipco Masters promoted by Simon’s Golf in Denmark.

Georgia Hall, who progressed to the quarter-finals in the GolfSixes, welcomed the latest development: “GolfSixes was such a successful event and it was so nice to connect with so many fans. The format was popular with everyone and it was great to see so many women and juniors there. The Jordan Mixed Masters, presented by Ayla, is the next step to show that golf is a game for all. The women are looking forward to joining together to make this another fantastic week and the future is looking good with more events like this on the calendar.”

Phil Golding, a four-time Staysure Tour winner and two-time victor on the Challenge Tour, said: “This is such a unique tournament. It’s fantastic that we have brought the three Tours together and it’s an event in a new country for us, which is another bonus. It’s great that we’re doing things a little bit different, and this is another step after playing on a nine-hole golf course in Sharjah over the last two seasons and also having Dame Laura play with us in Denmark. I’m really looking forward to it.”

Ayla Oasis Development Co. is a private shareholding company registered in Aqaba, Jordan and is committed to quality and innovation. Acting as a master developer, Ayla’s objective is to create a premier waterfront destination that features world-class residential and tourism components.

Perched strategically at the juncture of old world and new, in a town renowned globally for being Jordan’s single seaport, Ayla delivers a pioneering blend of cutting edge commercial spaces and upscale residences that promise to collectively catapult the port of Aqaba from the access point it is today, into a world class trade and tourism destination.

Spanning over 432 hectares (4,320,000 m2) and boasting 235 meters of sea front on the Gulf of Aqaba, Ayla which is built around a 17km manmade lagoon will feature a range of facilities and amenities, including a variety of up-market hotels, unique residential communities, an 18-hole signature golf course designed by “Greg Norman” along with a 9-hole golf academy, Jordan’s largest marina and encompassing the marina village which will serve as a commercial hub and centre, a range of different retail units, cafes, entertainment and recreational facilities.