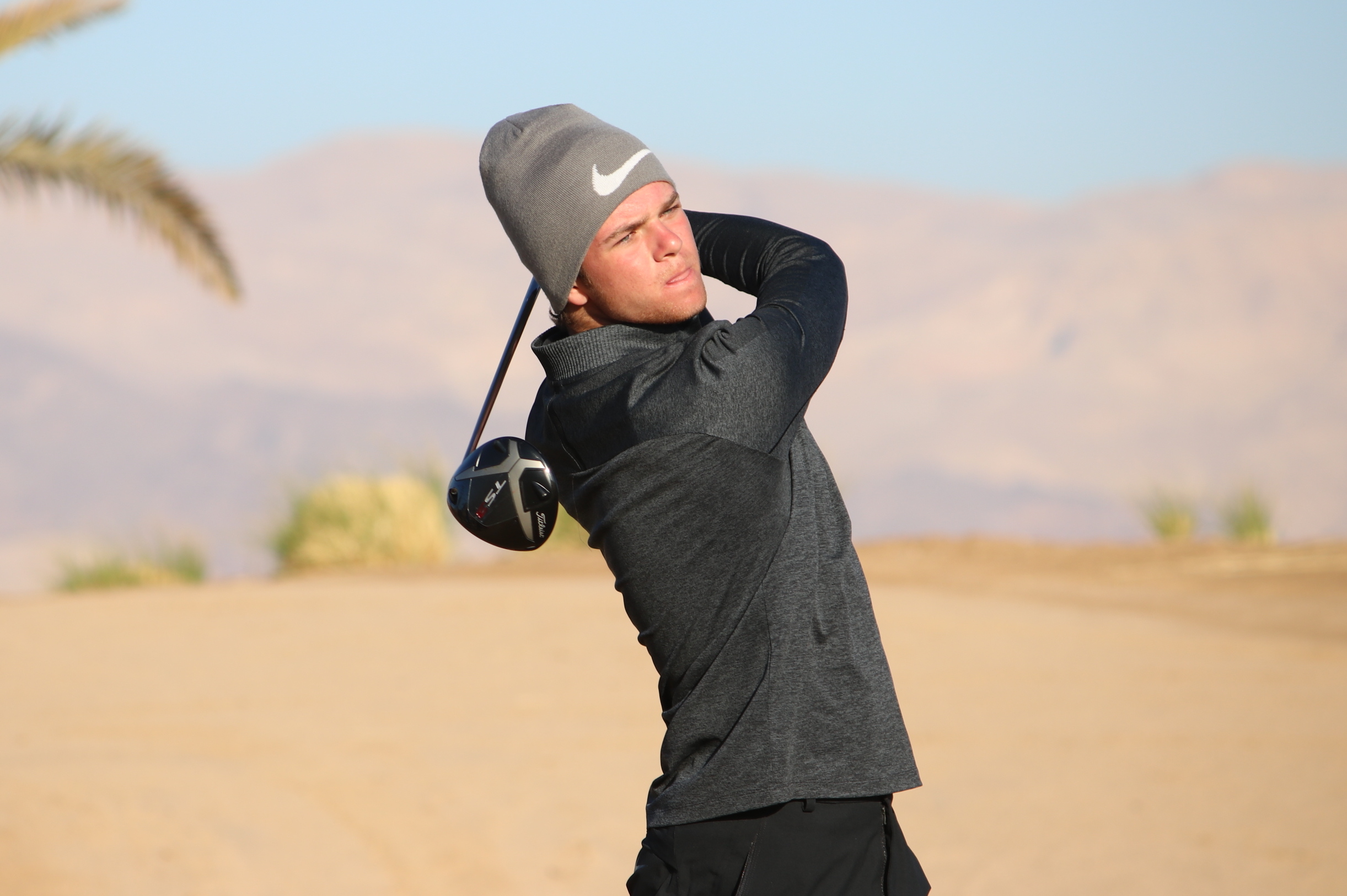 Jordan’s 17-year-old amateur Shergo Al Kurdi, attached to Ayla Golf Club, made full use of his local knowledge to snatch a share of lead in the opening round of the $75,000 Journey to Jordan #1 on a difficult scoring day.

At a wind-swept Greg Norman-designed course, Al Kurdi started with a bogey and finished with one but made four birdies in between to post a two-under par 70 round, later matched by England’s Alex Belt and Scotland’s Sam Locke.

England’s David Langley and Sweden’s Per Langfors were the only other players to come in with sub-par scores, tied fourth at one-under par 71 in the season-opening event of the 2020 season of the MENA Tour by Arena.

Eleven players, including former European Tour stars Scott Henry of Scotland and Jamie Rutherford of England, were tied for the sixth place at even-par 72.

Al Kurdi, a two-time reigning Jordan Open champion, missed two birdie putts from inside five feet on the ninth and 10th, but made three monster putts for a hat-trick of birdies from the 11th hole onwards.

“It’s funny how this game can be at times. After missing those two putts, I made two putts from 20 feet, and the one on 13th was from 25 feet. And a little later, I drove the par-4 15th green and three-putted to make a par,” said Al Kurdi.

I’m very happy with my score given the tough conditions

“It really could have been a very low round for me today. It’s never fun to finish with a bogey, but I am very happy with my score given the tough conditions. It helped that I was first off in the morning, and the wind really picked up when we were on the fifth hole. Interestingly, those five holes I struggled with my game and settled down only from the sixth hole onwards.”

Locke, who finished a celebrated amateur career last year and turned pro, qualified for the MENA Tour with three successive rounds of 71 in the Qualifying School B at the same venue, and went one better despite having to grind out the whole day.

“I am really surprised that two-under par is leading the tournament. I did not play particularly well today but the conditions were very difficult, and I had to work hard to hang in there,” said the 21-year-old who was the Low Amateur at the 2018 Open Championship in Carnoustie and Portrush.

“I have been struggling a bit with my short game here. But I managed myself well, hitting a lot of knock-down shots which I have grown up hitting on Scottish links. Hopefully, I get calmer conditions in the morning tomorrow and capitalize on this round.”

Belt, 34, was playing on the PGA Tour China before taking the decision to moving back and concentrate more on tournaments in Europe and Middle East.

“We did have this kind of wind during the Q School here, so I am used to it. I don’t think I did anything very well, but I did not do anything drastically wrong on the course today. More than the birdies, I made a few pars saves that were crucial,” said the York-based Belt, who, like the other co-leaders, made two bogeys and four birdies in the round.

The final round of the 54-hole event will be played Wednesday.