The winners of “Ayla’s Dead2Red Cycling Race” were announced and crowned under the patronage of Ayla’s Managing Director, Sahl Dudin. 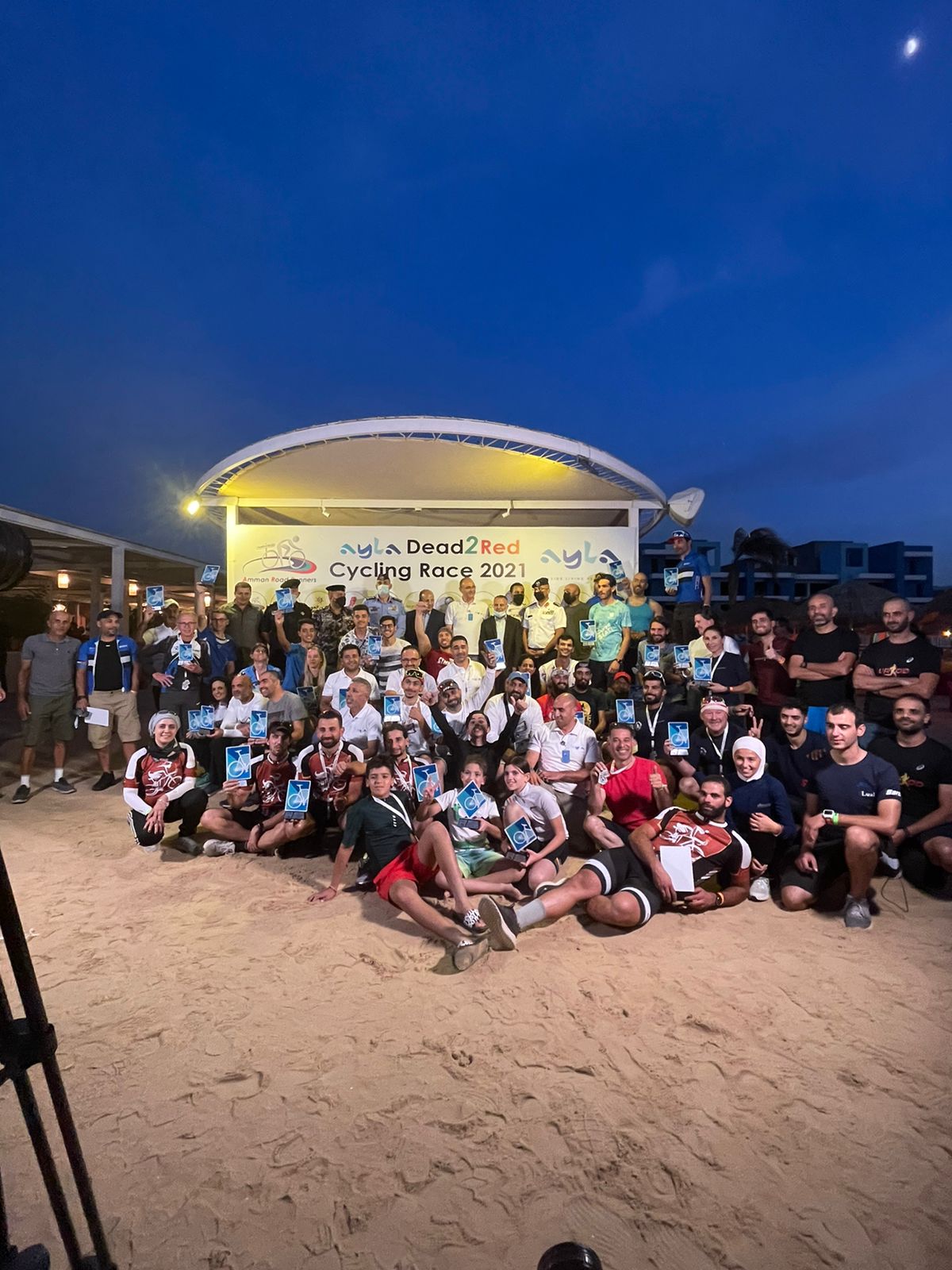 Ayla Oasis Development Company, in cooperation with the Aqaba Health Directorate, has organized a package of health and sports activities to celebrate the “Eighth Change Day.”

The winners of “Ayla’s Dead2Red Cycling Race” were announced and crowned under the patronage of Ayla’s Managing Director, Sahl Dudin. The race, which was organized by Amman Road Runners and sponsored by Ayla Oasis Development Company, witnessed massive local and international participation.

The race witnessed remarkable participation and fierce competition among more than 160 professional and amateur cyclists from 15 different nationalities, all with the goal of promoting health and exercise while competing for prizes at the race.

Dudin expressed his happiness with the race’s success, emphasizing the importance of organizing it in conjunction with the ‘Al Hawa Janoubi’ campaign and the annual events and activities calendar launched by the Aqaba Special Economic Zone Authority with the goal of promoting local tourism and boosting sports, recreational and tourism activities in Aqaba.

Dudin pointed out that the race in its seventh edition, the Kingdom’s longest cycling race, has become a platform and an ideal space for athletes and cycling enthusiasts to showcase their capabilities, and a milestone for promoting the national tourism by starting from the lowest point on earth, reaching and ending at Ayla on the shores of Aqaba.

The first place in the “Elite Solo – Male” category is Matthew Kinch.

The “Elite Solo -Female” winner is Melanie Abt.

First place in the “Elite Team of 3” category is Torch Team.

The first place in the “Road Solo – Male” category is Ismail Alhmoud.

The first place in the “Road Solo – Female” category is Lubna Obeidat.

First place in the “Open Team of 5” is Bat One.

The riders had 10 hours in which to cover the 200 km race, starting from the Dead Sea and ending at Ayla on the shores of the Red Sea. The first Solo cyclist covered the distance in five hours and 16 minutes, while it took the first Team five hours and 4 minutes to finish the race.

Ayla’s sponsorship of the seventh edition of the “Dead2Red Cycling Race” comes as a continuation of its longstanding approach to supporting youth and sports sectors within the “Safe Summer” plan, which went into effect in early September.