3.2 MW of clean solar energy to cover all the pumping station needs. Ayla’s renewable energy project; for a brighter future. 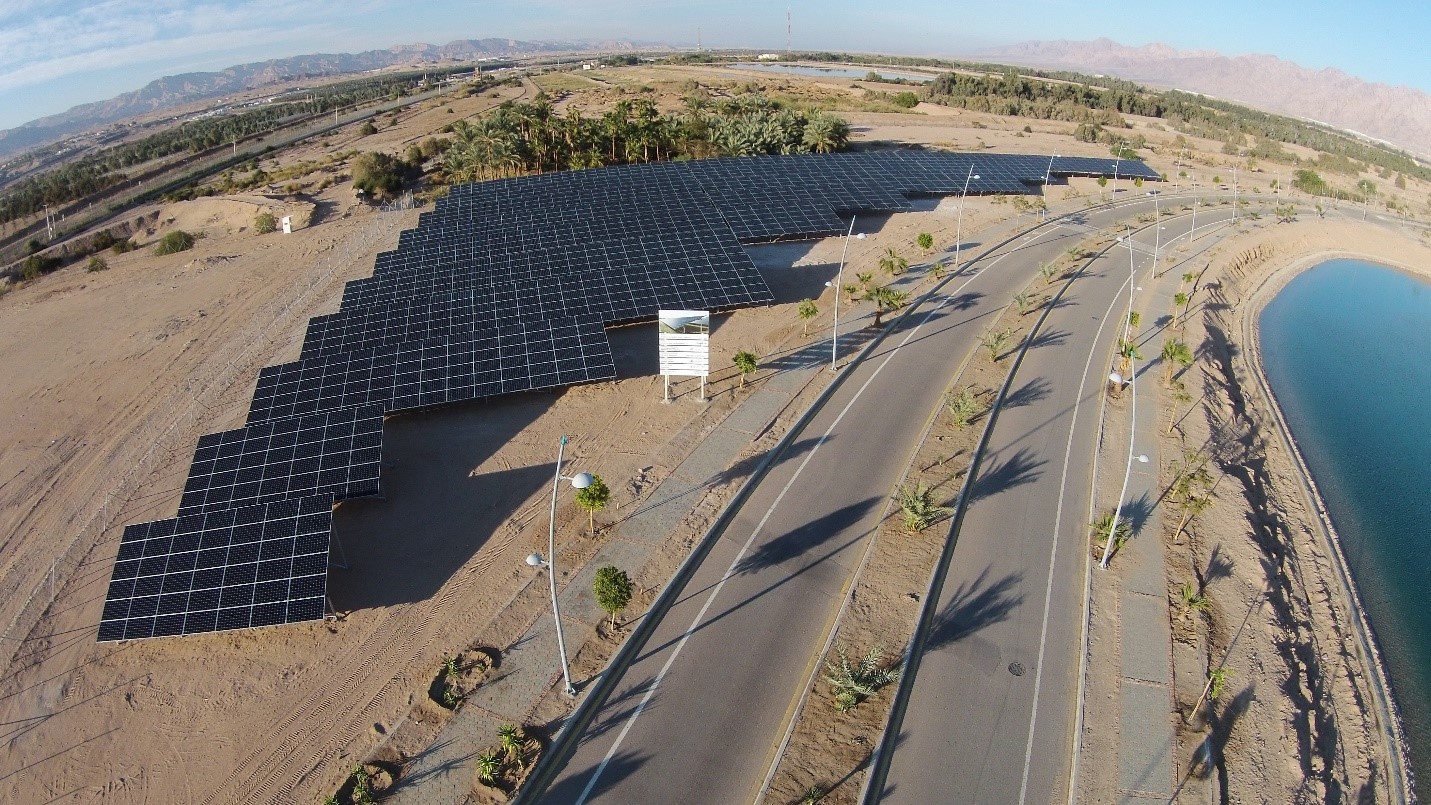 Ayla Oasis Development Company launches one of the biggest private energy production projects in Aqaba. The Chief Commissioner of the Aqaba Special Economic Zone HE Dr. Hani Mulki has launched the solar plant that will be used to power the seawater pumping station that feeds the lagoons at Ayla’s project in Aqaba, yesterday, May 26th.

It is considered to be one of the biggest private energy production projects in the region, as it uses solar energy as a strategic alternative to cover the needed electricity capacity, while abiding by the highest standards in energy production. It also ensures lifelong efficiency within international environment regulations.

Commenting on this achievement, Engineer Sahl Dudin, Managing Director of Ayla Oasis Development Company; said: The produced energy will feed the sea water pumping station with a pumping capacity of approximately one million m3 of seawater daily, which is up to 750, 000 m2 that added 17 km of new water frontage to Aqaba, with an increase of up to 52 percent of Aqaba’s total water frontage.

Dr. Hani Mulki also commented on this occasion: “This project is a pioneer in the sustainable use of solar energy. It represents a cornerstone to serve huge investments and ensure operations and sustainability, through facilitating energy production.

“This project is considered one of the most important projects operating in the energy and renewable energy fields in the region and in Aqaba in particular, hoping that other investors would follow Ayla’s path.”

Mulki stressed on the necessity to use renewable energy resources in fulfilling the investors and the state’s needs in this sector; which have an impact on the financial and political sectors, regionally and internationally. Mulki added “such projects prove their efficiency and success, especially with the cost saving accompanying energy production on the mid and short terms”. He also expressed his pleasure in commencing operations of this project, and opening the door for local and foreign investments to benefit from renewable energy projects in Jordan.

Engineer Dudin added, “This project comes as part of Ayla Oasis corporate social responsibility towards the environment as well as our clients, partners and members of the society alike, in order to ensure a brighter future for the Kingdom and tackle the challenges that we face in the energy sector.” Engineer Dudin thanked all the entities that helped in realising this project and its success, as well as their part in facing and overcoming the obstacles.

Dudin also praised the role of the contracting company “Kawar Energy Co.” for their efforts and high efficiency in the implementation of the project, adding that this is what Ayla seeks for in all of its components.

The Net Metering Grid Connection System is based on measuring the difference between the amount of electricity exported from the renewable energy system to the distributor network (The Electricity Distribution Company) and the amount of electrical energy that is used (Ayla Oasis Development Company), which is measured in kWh; through the connecting point and the electric power meter, that is prepared to measure the electrical flow in both directions.

Ayla Oasis Development Company seeks to benefit from renewable energy projects through a future plan to produce a solar energy system, by using an on-site Power Wheeling Solar Plant with a capacity of 2.6 MW to power the desalination and irrigation and water circulation at the 18-Holes Golf Course currently under construction. With this addition, the total capacity of the two phases will reach up to 5.8 MW, making it the largest green renewable energy projects in the region to meet the project’s internal power requirements.