Ayla Half Marathon in the Red Sea 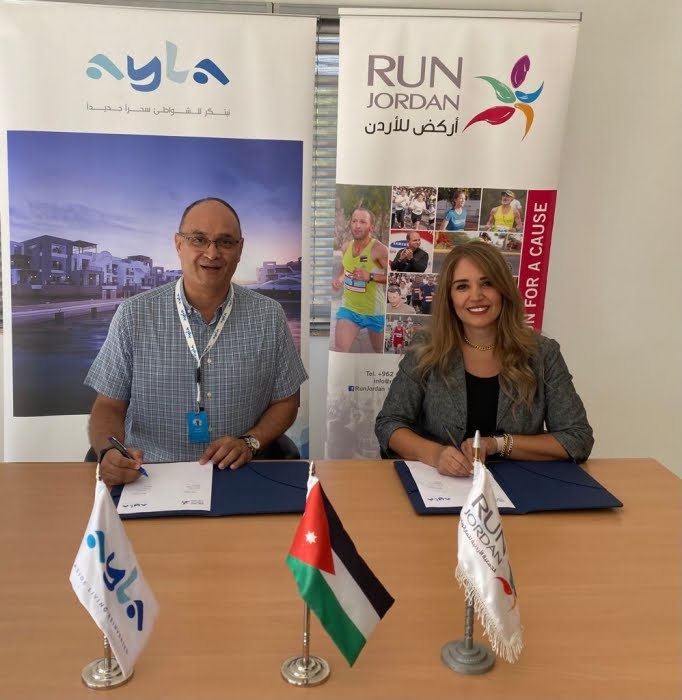 Ayla Oasis Development Company and the Jordan Marathon Association have signed today, Wednesday, a partnership agreement aimed at organizing the seventeenth edition of the “Ayla Half Marathon in the Red Sea” next December. It comes as integrated with the national plans to recover from the Corona pandemic and the government’s policy aimed at opening all sectors. The organization of the “Ayla Half Marathon Red Sea” race, in cooperation with the Aqaba Special Economic Zone Authority, is part of Ayla’s programs and plans that support the sports and youth sector and marks the launch of local, regional, and international sports competitions and championships, which are included in Ayla’s agenda for the year 2021.

The Ayla Red Sea Half Marathon race returns again, in its usual form, from the competitions of a large group of participants after organizing the tenth edition of the year 2020 virtually. Taking into account the response to the Corona pandemic (COVID-19) and its repercussions and preserving the health of the contestants, the Jordan Marathon Association application (Run for Jordan default) is used for races of 21 km, 10 km, 5 km. The CEO of Ayla Oasis Development Company, Eng. Sahel Doudin, said: “We are proud of our participation in the national efforts to recover from the pandemic and the government plan to return all sectors.  Today, we announce to running enthusiasts and to the people of Aqaba the return of the Ayla Half Marathon in the Red Sea in its eleventh edition, to ensure our firm commitment towards the sports sector and healthy community interaction.”

Doudin continued: “We are coordinating with the Aqaba Special Economic Zone Authority and the Jordanian Marathon Association to bring out the race with the best standards within the approved health protocols. So that, it can be a major event through which we keen to highlight local energies, spread the culture of competition, sportsmanship, and positive community interaction, and to promote the Jordanian tourism product, especially in Aqaba.”

For her part, Mrs. Lina Al-Kurd, Director-General of the Jordan Marathon Association, said, “We are proud of the strategic partnership with Ayla, which continues to make the largest sporting event in Aqaba in its seventeenth edition a success.” She thanked the Ayla team, represented by the CEO, for the efforts made to make the organization process facilitated and successful, and to provide the runners with the opportunity to run in the Ayla Oasis project enjoying the scenic views while running, which provides a unique experience for the runners.

Over the past decade, Ayla was keening to organize the annual half-marathon at the Red Sea until it has become a sporting tradition. This demonstrates Ayla’s commitment to supporting Jordanian runners, developing running, and spreading a healthy culture by providing support for organizing the race, providing prizes to competitors, and encouraging community participation. Ayla is considered a major platform for quality sports activities at the national level. It provides a distinctive infrastructure for the establishment and organization of major sporting events. It launches annually a busy schedule of sporting events to promote the march of local sporting activity in the city of Aqaba.

The Most Romantic Experiences in Jordan