Four awards for Ayla during the Arabian Property Awards

Ayla Oasis Development Company, one of the largest tourism and real estate development companies in the Kingdom, garnered four awards during the Arabian Property Awards recently held in Dubai. 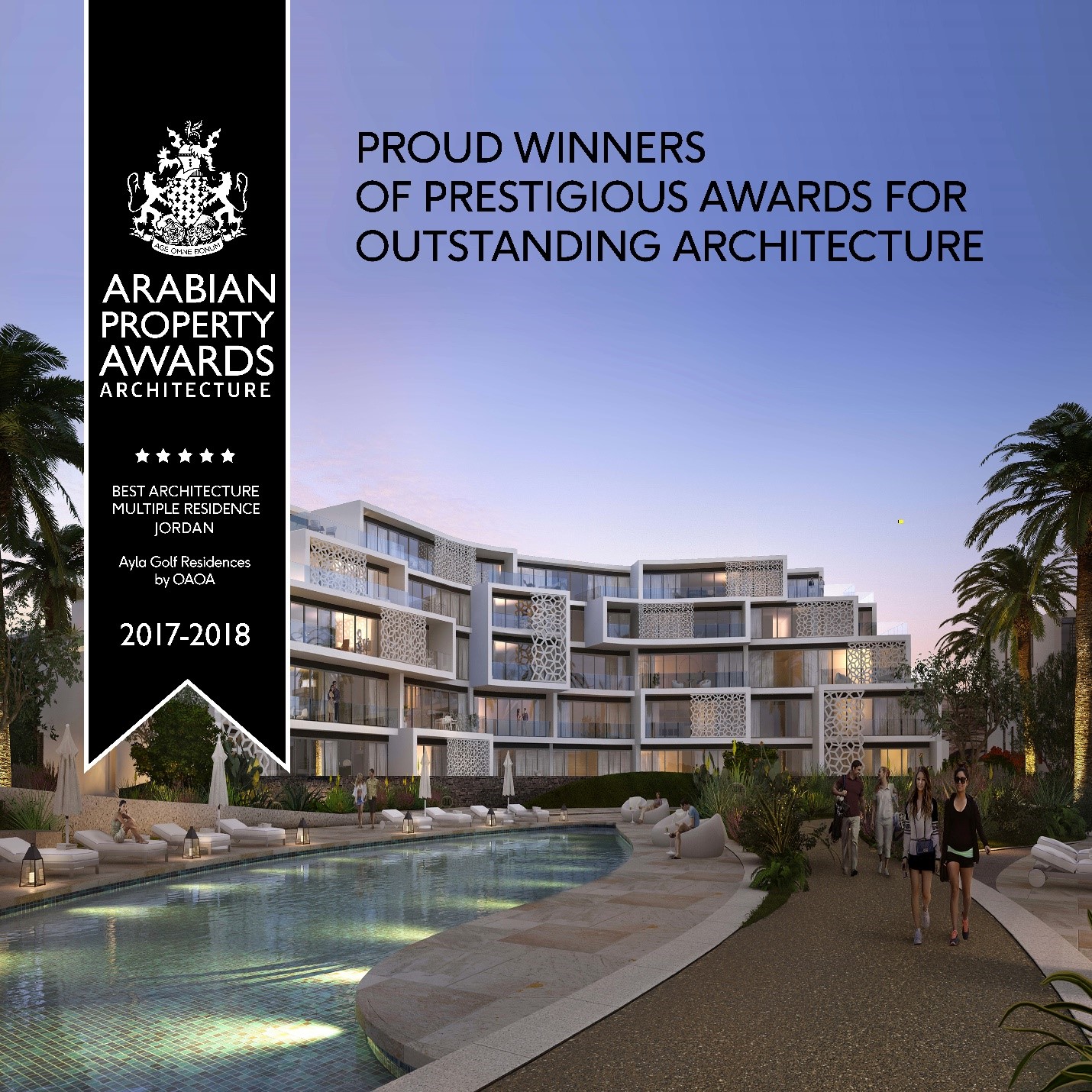 Two of the awards were received by international architect firms currently working on components of the Ayla project. The awards received by Ayla have allowed the development pioneer to qualify for the International Property Awards.

The event was attended by senior representatives of leading real estate development companies in the region, and the awards were published on the website of the U.K.-based International Property Awards. “We are honored to receive such a considerable number of prestigious accolades at the Arabian Property Awards, which demonstrate the level of innovation and elevated standards under which Ayla operates,” commented Ayla’s Managing Director Sahl Dudin, noting that Ayla garnering the highest number of points and qualifying for the international award is a testament to its pioneering status in the field of property development.

“This region-wide recognition is a direct result of Ayla’s unique efforts toward the establishment of the first world-class golf course in the Levant, which also hosts one of the most cutting-edge golf facilities in the region,” added Dudin, noting that Ayla’s collaboration with high-caliber architects has allowed it to garner additional awards in the arena of design, where the Ayla project excels in terms of its ultra-modern direction that will undoubtedly help strengthen the Jordanian tourism sector and highlight Aqaba’s unique status as a premier gateway into the Levant. The Arabian Property Awards are considered a subcomponent of the International Property Awards (IPA), which encompasses the Middle East, Africa, EU, U.K., the Americas, and Australia. The IPA has become one of the most prestigious awards in the field of property development since its launch 25 years ago.

Ayla Implements Its Annual “Back to School” Campaign