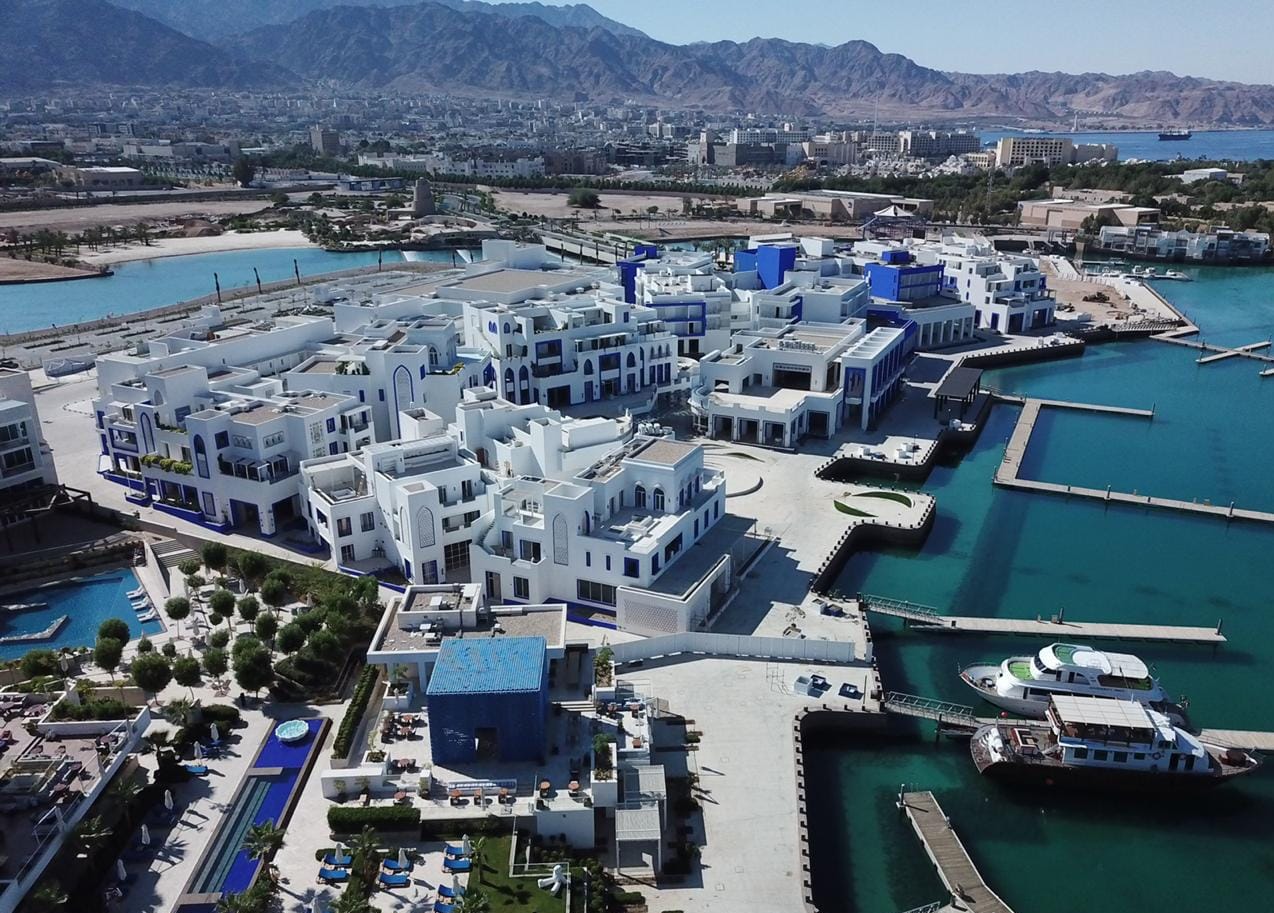 Ayla Oasis Development Company, in cooperation with the Aqaba Health Directorate, has organized a package of health and sports activities to celebrate the “Eighth Change Day.”

Over the past months, Ayla Oasis Development Company witnessed growth in activities in conjunction with the government’s ‘Safe Summer’ plan which contributed to boosting tourism in the Aqaba Special Economic Zone.

Ayla achieved notable performance indicators in attracting local and foreign tourism through a series of activities as part of the ‘Alhawa Janoubi’ campaign, within the annual events calendar launched by the Aqaba Economic Zone Authority, especially in collaboration with its partners, including Ayla.

From the beginning of last July to the end of October, the impact of this recovery in tourism was evident as Ayla has seen an increase in visitors, with the Marina Village receiving more than 136,000 visitors, a record increase over the same period last year.

Ayla’s recreational and tourism facilities, shopping activities, and support services also witnessed a growth in performance as the number of visitors to the B12 Beach Club, Ayla Golf club, golf facilities, and the Silica Restaurant exceeded 7,500 visitors while guests and visitors of the Hyatt Regency Aqaba Ayla Hotel exceeded 40,000 visitors during the same period last year.

Ayla’s Managing Director, Eng. Sahl Dudin praised the government’s ongoing efforts over the past months which succeeded in achieving a ‘safe summer’ as part of a three-phase plan that began in early June and ended in September.

Dudin said, “As the government’s efforts have contributed to a gradual and safe return of the sector and with the announcement of the Golden Triangle (Aqaba, Petra, and Wadi Rum) as a green zone, we are currently preparing to transition to new stages of attracting and promoting national tourism.”

Dudin indicated that throughout the pandemic, Ayla has expressed full cooperation with the Aqaba Special Economic Zone Authority, the Ministry of Tourism, the Jordan Tourism Board, the Ministry of Health, and relevant authorities to work in accordance with the approved protocols and contributed to the success of national efforts announcing Aqaba as a “Safe Green Zone” through a vaccination campaign for workers in the tourism sector in the Golden Triangle area.

Eng. Dudin stressed that Ayla will continue to adhere to strict health protocols to protect its guests and employees in conjunction with the return of tourism and recreational activities at Ayla, where several programs and activities will be announced for the upcoming winter season.

Ayla adhered to the plans led by the Aqaba Special Economic Zone Authority, which led to a safe summer in Aqaba and the opening of various sectors, in accordance with a thought-out study, which allowed a gradual return to commercial, tourism, and recreational activities in Aqaba.

Ayla continues to contribute to the annual activities and the events calendar in the Aqaba Special Economic Zone, where it provided support for the ‘Alhawa Janoubi’ campaign, launched by the Aqaba Special Economic Zone Authority and the Ministry of Tourism with a series of activities and events extending until the end of the year. Ayla also hosted activities of the Jordan Golf Open Championship, organized by the Jordan Golf Federation, and it will host the Dead2Red Cycling Race in cooperation with the Amman Road Runners, with a wide number of international participants.